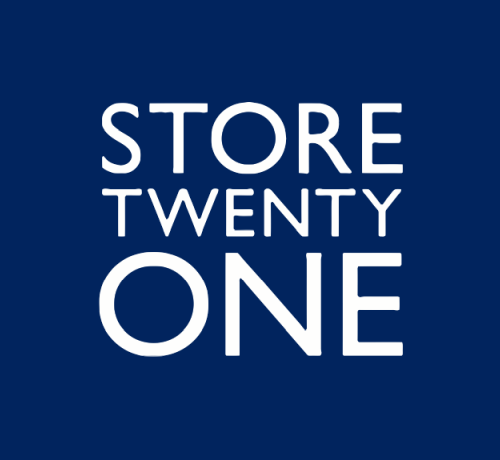 STORE TWENTY ONE, originally evolved from a manufacturing business established in London in 1932, supplying clothing to West End and Marks & Spencer stores. Continued growth led to the acquisition of factories in Scotland and Southern England.

New Look is an international fashion retailer with a chain of high street shops in Britain, Belgium, France, Republic of Ireland, and the United Arab Emirates.

New Look was founded in 1969 in Weymouth, Dorset by Tom Singh. Since then the company has rapidly expanded and now operates across a chain of over 600 stores internationally and a staff of over 30,000. The group had a turn over of £1,147 million in y/e 2008 with profits of £179 million.

In 2004 after six years afloat the company withdrew from the stock market and was taken back to being a privately owned business by founder Tom Singh and chief executive Phil Wrigley, and private equity investors Permira, Apax Partners & Quillian Investments.
visit the website

Tel: 01745 330367
Manager: Alan NcGovern
JD Sports is the leading trainer and sports fashion retailer in the UK. With many limited edition and exclusive designs from adidas Originals and Nike.

For the past nine years it has been voted Britain’s most-trusted brand of opticians by Reader’s Digest. The current straplines ‘Number One Choice For Eye Tests’ and ‘Number One Choice For Contact Lenses’ reflect its position as market leader. Specsavers’ range includes Tommy Hilfiger, Red or Dead, fcuk, Bench, Quiksilver, Roxy, Jasper Conran and Missoni, as well as the market leading Osiris designer brand. Our frames are developed using the latest innovative manufacturing and design techniques from the highest quality components and raw materials available. The full range of over 2,000 size and colour options is structured around a comprehensive features and benefits pricing structure, starting from £25 through to £169. Our own lens manufacturing laboratories – three of the largest in Europe – supply the latest high-tech lenses in volume at the lowest possible cost. All Specsavers frames come with free Single Vision Pentax lenses as standard.