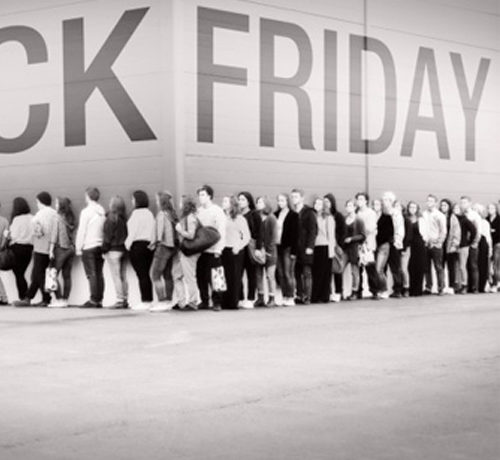 Bag a bargain on Black Friday

If you’ve marked your calendar for Friday 25 November then you’ll know that this is the date of Black Friday, the biggest shopping day of the year. If you haven’t, then read on to find out why Black Friday is D-day to find the best deals on the high street, without making too much damage to your budget.

WHAT IS BLACK FRIDAY?

Black Friday is the best day of the year to go shopping, just as long as you’re wearing lots of comfortable and protective clothing and don’t mind fighting in the aisles. Whilst many retailers make their biggest amount of sales online there are plenty of savings to made in-store as well, so it is worth getting up early and hitting the streets. Some retailers and department stores will open as early as 6am although some will also start their deals earlier in the week, with the best discounts saved for Friday. 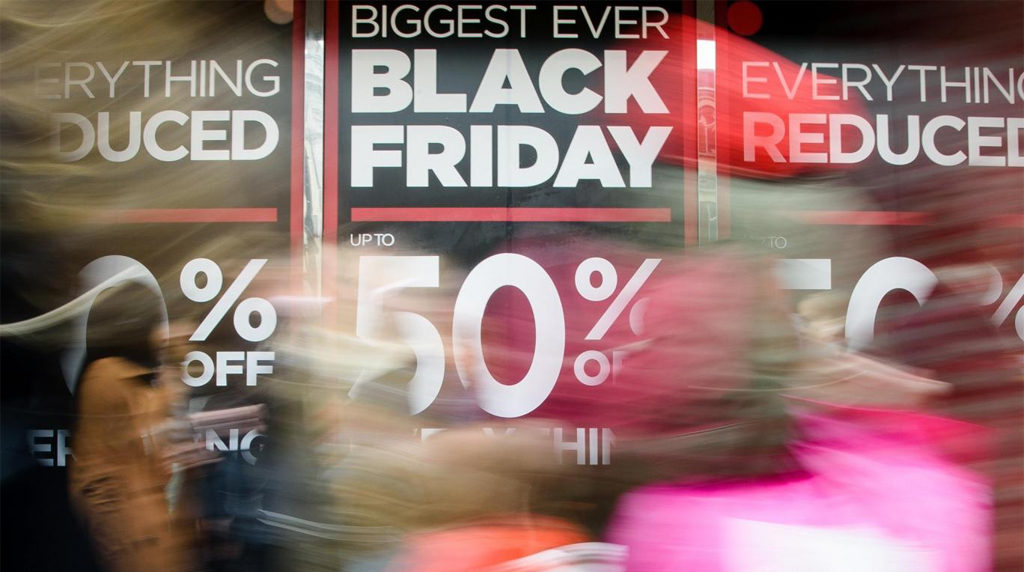 WHY SHOULD YOU BOTHER?

Black Friday is supposed to be bigger than ever in the UK this year, with British shoppers expected to spend more than £1bn on Friday 25 November itself. This alone is an indication of the massive savings that can be found on the high street, and a very good reason for you to get out of bed early.

Many department stores and retailers will be slashing prices on hundreds of products over Black Friday in a bid to offer the best deals. You can expect the usual big discounts on technology and electrical products, such as last year’s deals on coveted tech items like the Apple iPad and Macbook Pro products. High price tag items like household electrical appliances, large furniture items, designer fashion, handbags, luxury beauty products, fragrances and even toys will be discounted by the likes of Argos, John Lewis, Debenhams, Carphone Warehouse and Currys PC World.

BE ORGANISED AND DO YOUR RESEARCH

It’s a bit too early to tell what deals will be available as retailers are very secretive about what they’re planning to discount until the week before at the earliest, but based on last year this is what to expect. Think cheapest ever PS4 deals and Xbox One prices, amazing prices on items like GoPro cameras and Google Chromecasts and of course crazy iPhone 7 deals. Not to mention incredible discounts on luxury fashion, beauty and accessories in department stores, and discounts in high street fashion and sports retailers.

Snap up some Christmas presents early at Boots, which last year launched hundreds of discounts and deals on beauty, perfume, toys and electrical ranges, and similar discounts will be in-store for 2016. They have revealed they will be offering shoppers a free Soap & Glory phone charger and mirror handy handbag kit with every purchase of two or more full sized Soap & Glory products in the run up to Black Friday. The best deals to look out for are on electrical goods like hair straighteners, shavers and electric toothbrushes, in particular from Braun, as well as products from premium beauty brands like Benefit, No7, Clinique and Estee Lauder. If you haven’t got an Advantage Card then get one now, as you’ll earn four points for every £1 spent in-store. 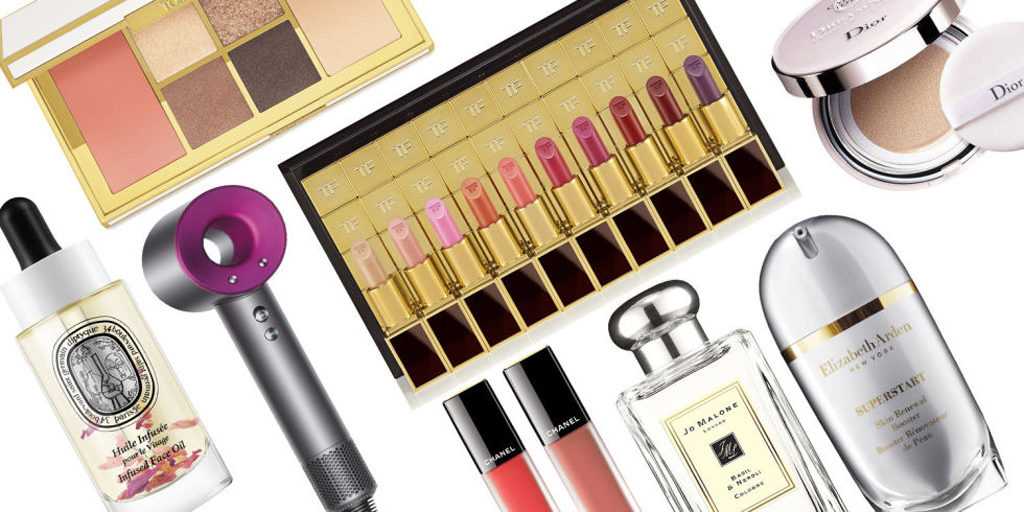 Argos’ Black Friday deals usually include technology with cheaper smartphones and tablets as well as toys and homeware. Last year for example, among the store’s offers were £100 off iPhones, £140 off GoPros and £100 off Cannon cameras, so expect similar this year. Argos is also providing more staff than ever before in-store; so don’t be afraid to ask for help. 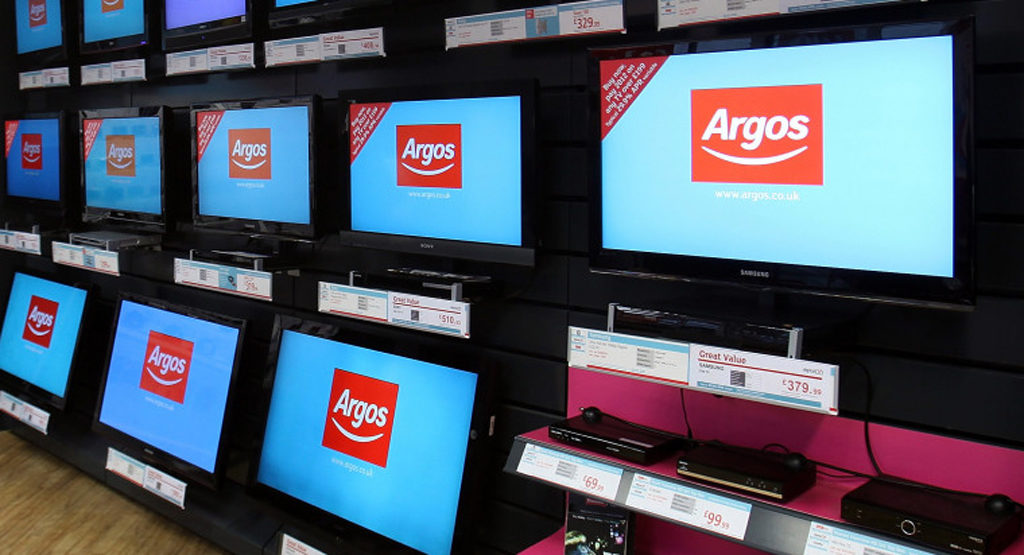 Last year the UK’s biggest electrical retailer offered thousands of great deals from top brands including Nespresso, Dyson, HP, Bosch, Samsung, Sony, Beats and LG. They are renowned to be the best place for televisions, both for range and discounts. Last year Currys PC World offered savings of up to £600 on selected flat screen televisions selling thirty TV’s every minute! It is predicted that this year’s ‘deal of a century’ will be on the hottest tech items of year including Apple’s iPhone 7 to the latest 4K ultra HD curve TVs, so make sure you arrive early to avoid disappointment. 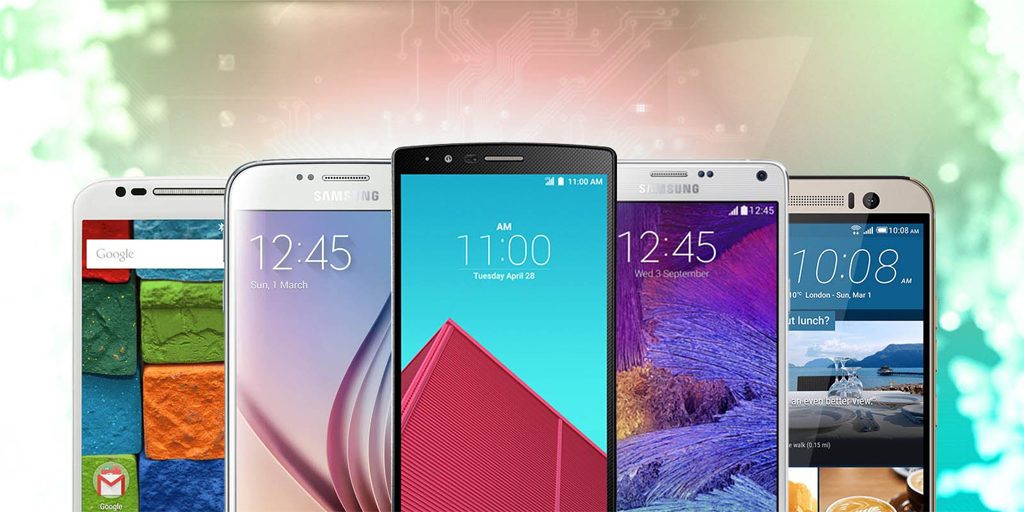 New Look has already launched their half price Black Friday deals. Some of the best offers from this much loved high street fashion retailer includes bargains from selected party wear from £4 to men’s footwear from £3. New Look will have deals rolling out in-store until 30 November with huge reductions off of hundreds of items including accessories, plus size and tall ranges. Look out for amazing reductions on heels, boots, dresses and glitzy jewellery, winter essentials from £3 including knitwear and outerwear from £10.

Black Friday deals at GAME include consoles, games and accessories and they are drip fed throughout the day in-store. Many gamers will be holding out for price cuts on newer consoles like the Xbox One S or PS4 slim, as well as discounts on best-selling games like FIFA 17 and Forza Horizon 3.

Check the department store Black Friday webpage for discounts on TVs and appliances, as well as furniture on the day itself. Until then they have up to 30 per cent sales on womens’ fashion and accessories, and are selling furniture and beds for up to half price on selected lines.

Last year Supermarket giant Tesco had to shut 250 Tesco Extra stores between midnight and 5am on Black Friday to allow staff extra time to prepare for the 24-hour sales spectacular. This is a huge indication of how their electrical and homeware products were discounted. Keep an eye on their Black Friday deals page online in preparation for your visit on 25th.

Expect savings on savings on coveted electrical items and gadgets. Last year Maplin had half price savings on headphones and audio, a third off wearable tech gadgets and 40% off of toys, ideal for those wanting to save on the Christmas shopping. There is likely to be deals on top brands like Dyson, Garmin and this year’s hottest brands. 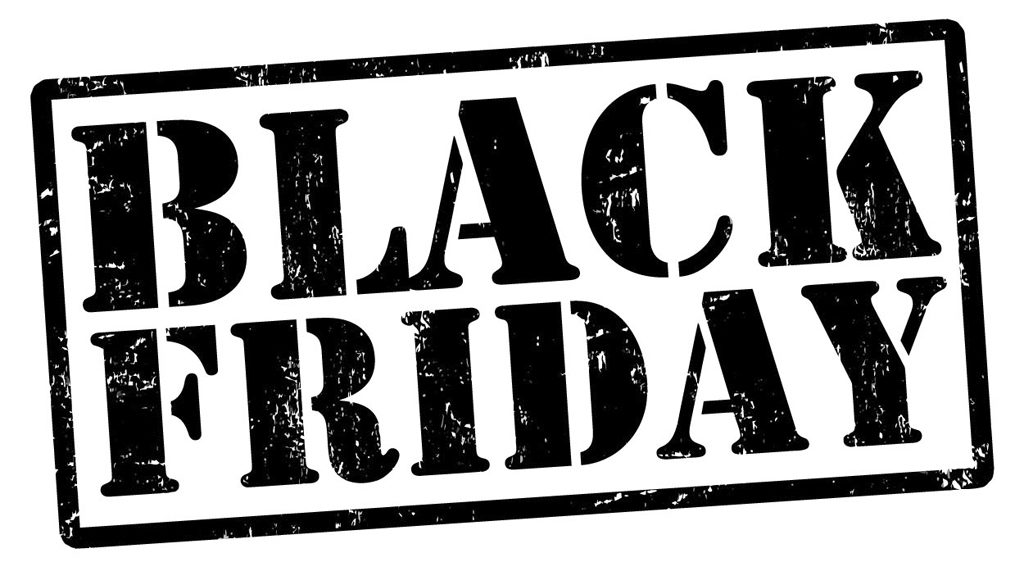