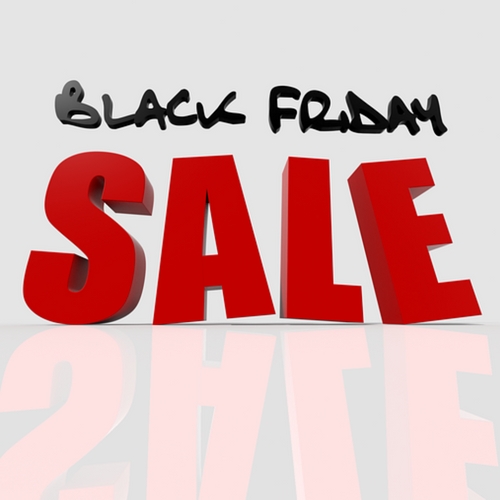 2nd November 2017 By White Rose No comments yet

Mark the date in your diary, Friday 24 November 2017 and don’t miss out on bagging yourself some brilliant Black Friday bargains on all sorts of products, and just in time for Christmas. But while it is easy to just snatch and grab, especially when fighting the hordes of people who will also be shopping for bargains, it might be wise to take a step back and plan for your Black Friday shopping spree, so you can breeze through Black Friday with ease.

Whilst bargains and discounts might not have been released yet, many retailers have already confirmed that they will be participating in Black Friday sales, including Argos, Boots, GAME, Maplin, Debenhams and New Look.

Whether you’re after this year’s hottest toys, latest tech, this season’s must-have fashions or homeware, the most important thing is to be prepared.

DO YOUR RESEARCH & BE REWARDED

You may be overwhelmed by the discounts and items on offer, so don’t lose sight of the items you actually want. Our hot tips for this year’s Black Friday are toys and tech, and these are the hot ticket items to look out for.

TREAT THEM TO TOYS FOR LESS

Black Friday is probably the best time to get your toy shopping for Christmas out of the way, and save money too. For the kiddies ‘My Little Pony’ merchandise is huge this year as the new movie is released in time for Christmas, but there are many other toys inspired by movies and TV shows that are tipped to be as popular with kids of all ages this year.

Lego is also a firm favourite with new Lego building kits and themed LEGO kits entering the market regularly. Why not help develop your children’s creativity with the gift of Lego and see their imaginations grow as they build new and existing things from these well-loved little bricks?

Some of the latest tech and devices can be found in the Black Friday sales at bargain basement prices, including the highly anticipated iPhone X, as well as the iPhone 8 and 8 Plus, and the Samsung Galaxy S8 and Galaxy Note8.

When it comes to finding your smartphone on Black Friday, it is a good idea to go in with an idea of not only the phone that you want, but the data package you require as well. If you are someone who spends a lot of time on social media and messaging apps, you will want a contract that comes with a lot of data, so keep your eyes peeled for good data deals too.

If you’re into gaming, the Nintendo Switch is a hot item this year, and you may find some great deals on this console once Black Friday comes around. The Xbox One X which launches in November is another game console that Xbox fans will have their eye on in the hopes of bagging a bargain.